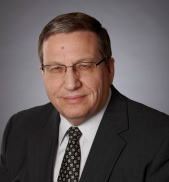 The publication of Ontario's 2015 sunshine list placed the Ontario Power Generation's Thomas Mitchell at top spot with over 1.5 million dollars in total earnings. This set a lot of tongues wagging however the uproar actually hid the OPG's fiscally responsible expenditure for its elite employees this year.

Overall the OPG alotted 67 million dollars less to its sunshine list elite - a drop of almost 6 percent. It did this by reducing the number of sunshine list staff by 290 people. The staff remaining from the previous year received a 1.89 percent pay cut on average.

In fact, Thomas Mitchell himself took a 9.22 percent pay cut from the previous year - something the top 25 earners on the sunshine list cannot claim.

Unfortunately the media seems to have missed the real story of the OPG reducing spending on its topmost earners by focusing on the outlier sitting atop the list.